A revolution in cancer treatment?

In December, there will be the first meeting of a group of pioneers in a rapidly developing area that has the potential to change the way in which we deliver radiotherapy to cancer patients.

The FRPT 2021 Conference focuses on the radiation therapies of today and the research and trials that are shaping oncology treatment for tomorrow. This is the first multidisciplinary forum to showcase the latest research on FLASH and particle therapy, bringing together leaders in academic and clinical research, radiotherapy industry providers, and an international audience.

Organising committee member Professor Karen J Kirkby of the PRECISE Group at the University of Manchester and The Christie NHS Foundation Trust, worked closely with Don Whitley Scientific in the creation of the world’s first Proton Radiobiology Modified Atmosphere Workstation with integrated robotic arm. This workstation is being used for research into cancer treatments and the PRECISE Group will be presenting a poster at the meeting in Vienna. 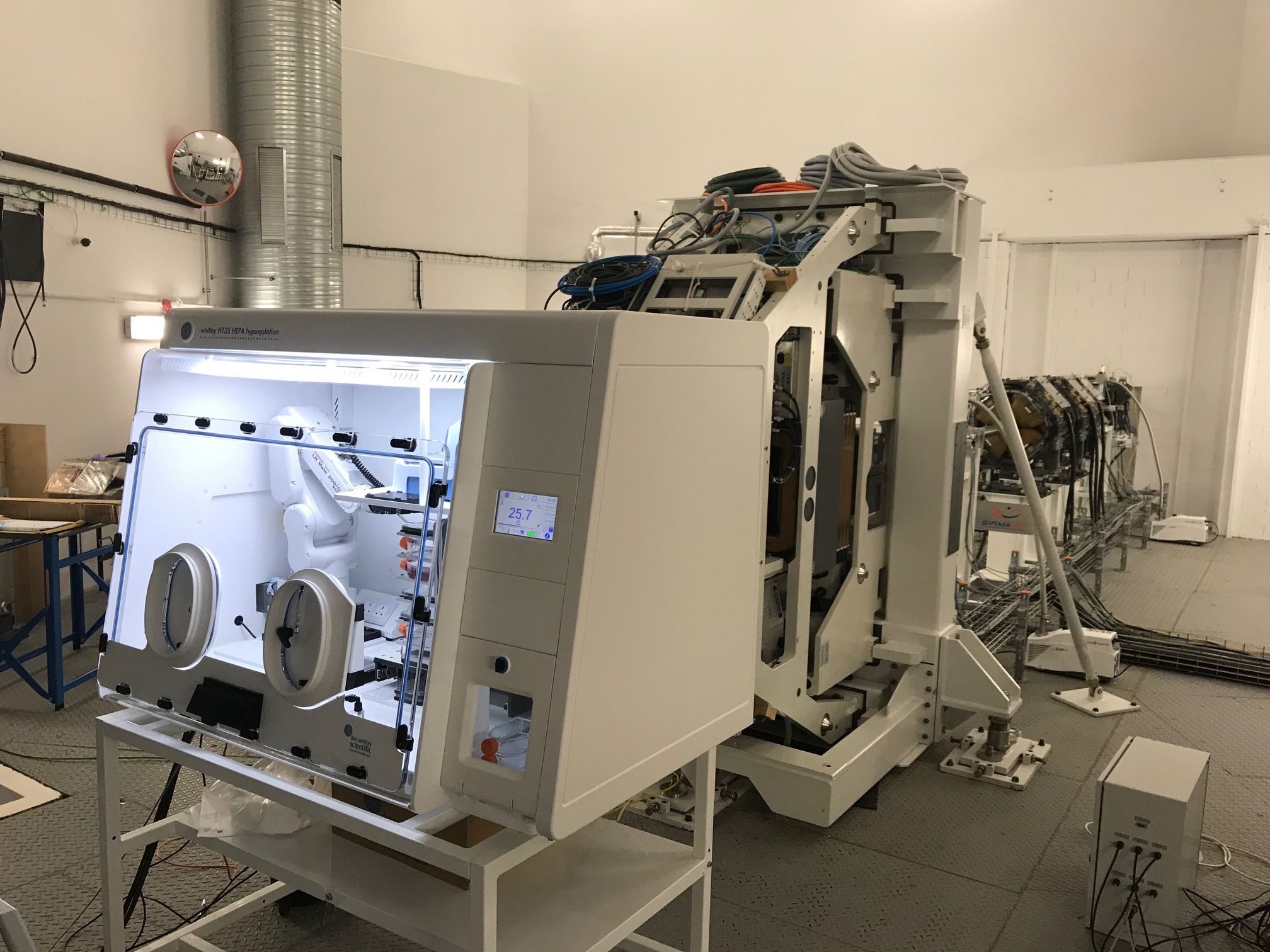 The Proton Beam Therapy Centre at The Christie, Manchester, is the first NHS high energy proton beam therapy centre in the UK. Within the facility there is a dedicated research room, which was funded by The Christie Charity, where this new Whitley Workstation is operated. The workstation with its integrated robotic arm was funded by CRUK Manchester Major Centre funding.

Proton Beam Therapy (PBT) is an advanced form of radiotherapy using a high energy beam of protons, rather than x-rays, to deliver radiotherapy. PBT directs the radiation treatment to precisely where it is needed with less damage to surrounding tissue.

This special workstation, which was adapted from a Whitley H135 HEPA Workstation, controls:

Researchers can set up the ideal conditions for their experiments, essential for research into the response of hypoxic cells to proton or proton-flash irradiation. Within the workstation, there is a racking system, which users pre-load with up to 36 samples contained in multi-well plates and/or tissue culture flasks. The workstation incorporates a precision, multi-axis industrial robot so that samples can be taken from the racking system, subjected to the beam, and then returned to the rack. This arrangement automates the testing process so that the largest possible number of experiments can be performed, under repeatable conditions and in the shortest possible time, without human intervention.

The hope is that the FRPT2021 meeting will bring to the forefront the potential of this innovative radiation therapy and how it could revolutionise cancer treatment.