Have a Fun-gi International Microorganism Day!

In honour of International Microorganism Day on 17 September, two of the microbiologists in our contract lab carried out a fun agar art project, with the aim of growing any microbes that were on our hands after handling dusty boxes. To do this, they touched boxes in the lab storage cupboard that had a layer of dust on them and made 3 fingerprints onto two Columbia Blood Agar plates. Both plates were incubated at 35oC for 48 hours - one in an aerobic incubator and the other in a Whitley A95 Anaerobic Workstation. The skin is the largest organ of the human body and is inhabited by a variety of microorganisms [1]. The types of microbes that colonise the skin are dependent on several factors, including age, sex, where you live, occupation and antibiotic usage [1]. 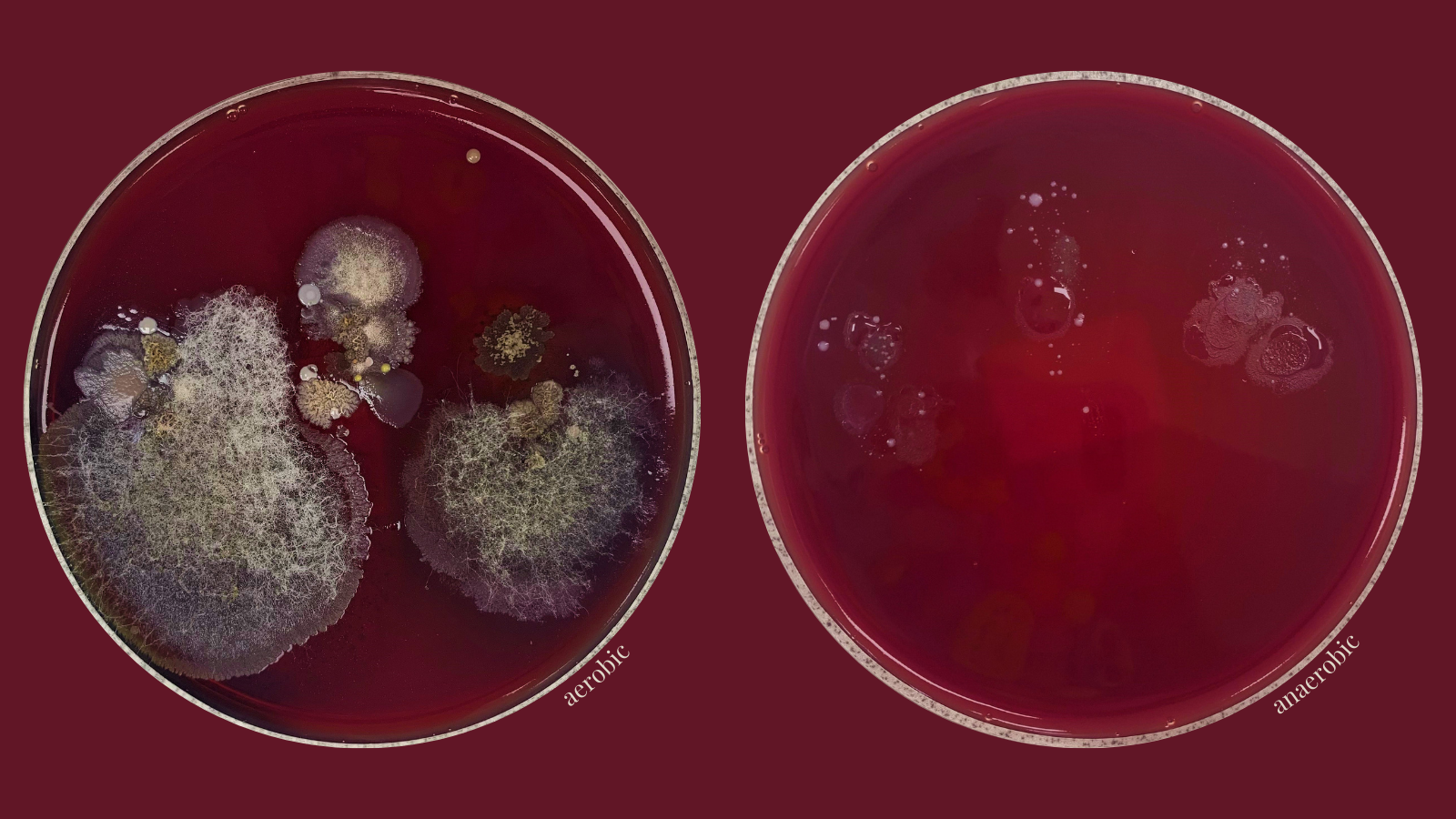 There was extensive fungal growth on the aerobic plate and many different types of fungus could be observed. The thread-like type of fungus on the left and right-hand side of the plate had rapidly grown to the point where had it been left another 24 hours, it would have begun to grow out of the plate. The question now turns to, “What types of fungi are growing on the plate?”. The answer to this is difficult to provide without DNA analysis so, in this instance, we are solely relying on phenotypic observations. Researching the types of fungi that are part of the skin microbiome is an ideal place to start. One genus that is common within the human skin microbiome is Malassezia sp., a yeast-like fungus that is part of the basidiomycetes group [2]. Malassezia is likely to be on the aerobic plate as a large percentage of this fungus colonises the human hand [2]. Malassezia species commonly found on the human skin include M. globose, M. restricta, M. sympodialis and M. furfur [2]. Other possible candidates include Candida sp., Cryptococcus sp. and Chrysosporium sp [2].

There was no visible fungal growth on the anaerobic plate (fungi capable of anaerobic growth are rare). However, we did isolate various bacterial colonies, which grew well in the conditions provided by the Whitley A95 Anaerobic Workstation. Anaerobes can be difficult to grow but a Whitley Anaerobic Workstation provides the ideal conditions for anaerobic growth. We performed Gram stains and found a mixture of Gram-positive rods and cocci. Although we did not pursue identification any further, it is 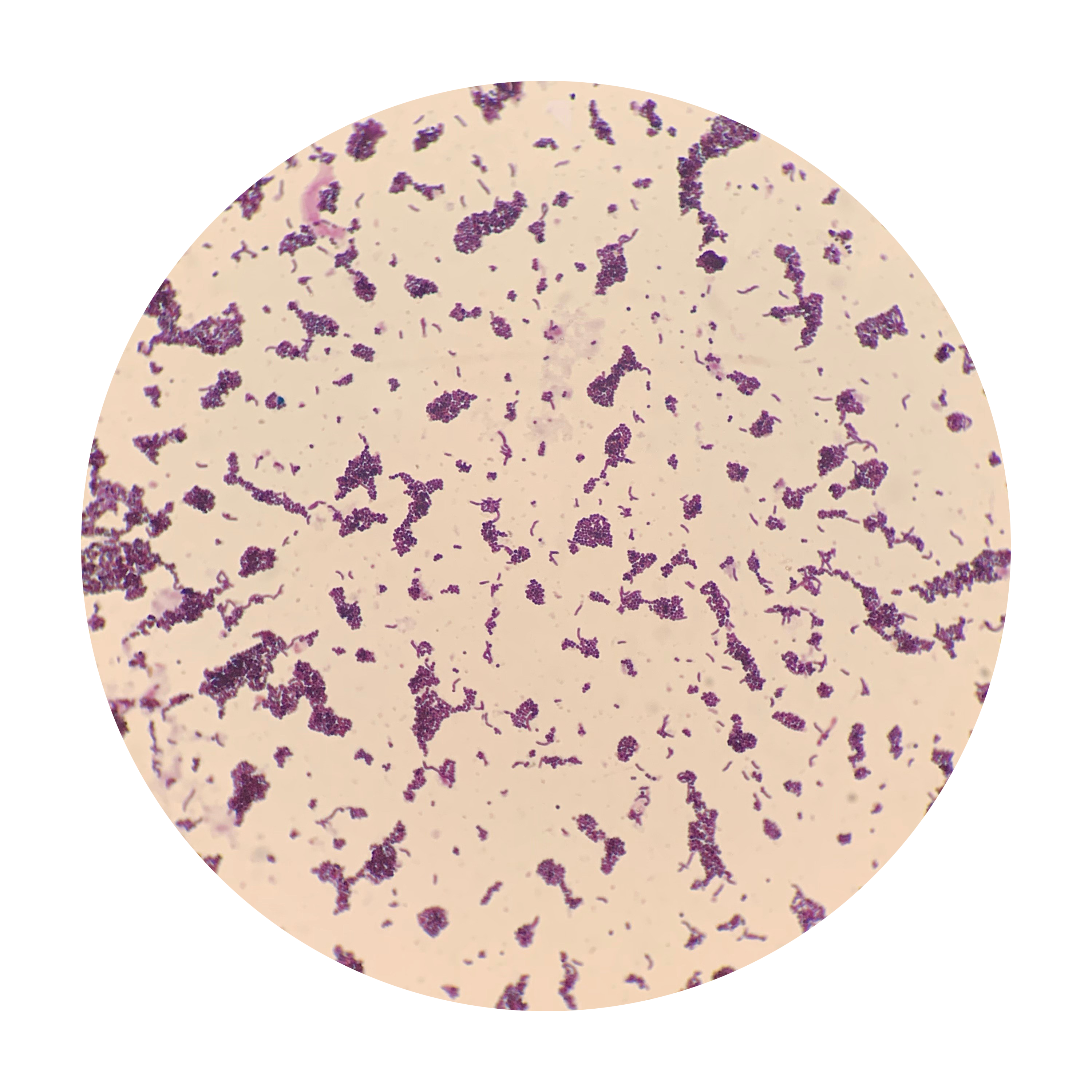 possible that Propionibacterium acnes was one of the bacteria found on the plate, as it is a Gram-positive rod [4]. This aerotolerant anaerobe mostly found in deep layers of the human skin, is also readily culturable from surface samples [4]. Another common species found on the human skin is Staphylococcus epidermidis, which is facultatively anaerobic and is identifiable as clusters of Gram-positive cocci [5]. Peptococcus and Peptostreptococcus are Gram-positive cocci and could also could have been on our plate [3].

Most microorganisms that colonise our skin are harmless commensals [1]. Disease is only likely if there is a disruption in the relative proportions of each microbe [1]. However, we should still remember the importance of regular hand-washing – especially in the current COVID-19 pandemic.