The M Range Workstations are used around the globe for a variety of applications, including the study of Campylobacter spp, Helicobacter pylori and other similarly fastidious organisms. However, due to the flexibility of the atmospheric control (4 gas control), these systems are widely used for both microbiology and cell culture applications.

The study of Campylobacter has been a popular topic investigated in several papers in recent years. Many of the studies conducted are done so using our modified atmosphere workstations (Greene, 2021, Mills D C et al., 2012, Morcrette et al., 2020, Stoakes et al., 2022).

Specifically, the M85 was used in Sweden in the study of Clostridium ljungdahlii, while in Germany another M85 has been used to facilitate an investigation into gut microbiota composition in relation to the impact of dietary sulfolipid-derived sulfoquinovose (Burkhardt etal., 2021).

In addition, the robust design of the M Workstation Range can also handle high throughput of routine clinical laboratories within hospitals, such as the M35 at Leeds Teaching Hospitals. See their testimonial on our website.

The flexibility of the Whitley Microaerobic Workstation Range lends itself well to the sharing of resources and facilities, seen often within universities, something that is done at Oxford University within the department for Oncology and Biology. Leeds Dental Hospital, amongst other educational institutions, also benefits from the use of their Whitley M55 Workstation.

The secret is that the M range is a four-gas workstation (carbon dioxide, nitrogen, air and a hydrogen/nitrogen mix) with O2, CO2 and, uniquely, H2 sensors. The colour touchscreen interface makes it easy for the user to change the mix of gases combining in the workstation to generate different atmospheres.

If you want to be able to tightly control and adjust the atmosphere for your work, the Whitley Microaerobic Workstation is the ideal addition to your laboratory.

All papers cited can be found on the published papers section of our website. 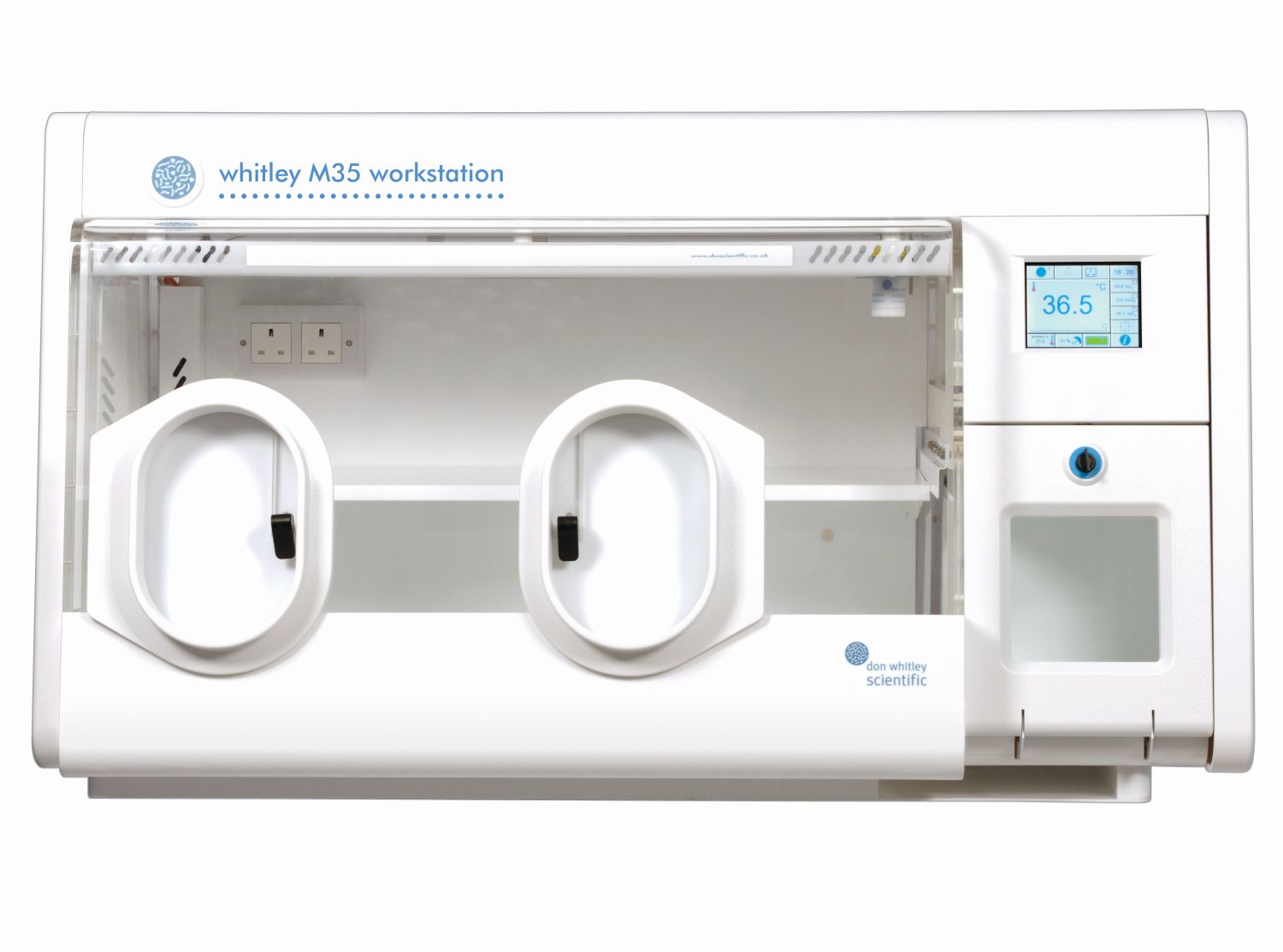