Improved growth of certain organisms (now known to be bacteria) in the absence of oxygen was conclusively demonstrated by Louis Pasteur in the 1860s.  Catalytic removal of oxygen from the incubation atmosphere, allowing surface growth of bacteria on agar plates within an anaerobic jar, was developed during the 1910s-20s and further refinement of anaerobic culture techniques, allowing culture of the most fastidious anaerobes, followed.  In the 1940s, Robert Hungate’s roll-tube technique enabled culture of strictly anaerobic cellulose-degrading bacteria from the bovine rumen in rubber-stoppered tubes of agar culture medium, a technique still in use today.  Improved technologies, such as anaerobic gas-generating packs for use in anaerobic jars, followed by the first anaerobic glove boxes, were developed in the 1960s and 70s, greatly simplifying the equipment and procedures required for oxygen-free bacterial culture.

However, metagenomic approaches developed in the 21st century demonstrated that the majority of microbial biodiversity, including that of the human intestinal tract, remained uncultured.  This stimulated further developments in bacterial culture media and incubation techniques, which have contributed to the field of culturomics: a high-throughput approach using multiple simultaneous culture conditions, prolonged incubation periods, and techniques such as MALDI–TOF spectrometry and 16S rRNA gene sequencing to identify previously uncultured bacterial species.  With a large proportion of these previous “unculturable” species requiring strictly oxygen-free growth conditions, it has become necessary to combine genomic and culturomics techniques with anaerobic incubation, necessitating changes in the design of anaerobic workstations to accommodate the required equipment. 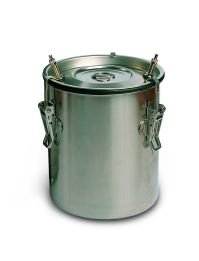 When Don Whitley Scientific (DWS) launched its first anaerobic workstation in 1980, it was primarily aimed at clinical microbiology laboratories, where it helped to achieve improved isolation rates of anaerobes from patient specimens, increased sample throughput and better clinical outcomes in cases of anaerobic infection.  At that time, anaerobic bacteriology was still considered quite specialized and used relatively laborious procedures.  The principal method for producing an anaerobic incubation atmosphere was the anaerobic jar, prepared using the evacuation-replacement technique, and was best suited to relatively small-scale work (culture of bacteria on a small number of agar plates). From the 1980s through to the 2010s, the majority of anaerobic and microaerobic workstations have been installed in clinical laboratories around the world, facilitating the diagnosis of diseases caused by anaerobic pathogens such as Clostridium, Bacteroides and Fusobacterium and microaerophiles such as Campylobacter and Helicobacter.

While clinical microbiology still represents a significant market for modified atmosphere workstations, the number of units sold into research and development laboratories is increasing each year.  The market sector in which we have seen the greatest increase has been research relating to the human intestinal microbiome and its role in human health.  The microbiome comprises not only hundreds of microbial species but also hundreds of metabolites that the bacteria consume and excrete.  Through cross-feeding, these metabolites mediate interspecies interactions and directly impact the host.  Institutions such as the Rowett Institute, Aberdeen, can now study these processes under appropriate physiological conditions: this has been made possible by the latest generation of larger anaerobic workstations which can accommodate the equipment used in such studies.  A common requirement is to operate an automated microplate reader under anaerobic conditions, so that the influence of substrate availability on the growth rate of gut bacteria can be determined with multiple bacterial species and / or substrates simultaneously.  Other research groups use cell sorters such as the BioRad S3e and BD FACSMelody™.  Each of these instruments can be accommodated in a DWS anaerobic workstation with increased height and depth, relative to the models more commonly used in clinical microbiology.

The other major area of microbiome-related research is in the development of therapeutic products.  During the last decade, a plethora of novel therapies containing live microorganisms as active substances has emerged with the aim to treat, prevent, or cure diseases in human subjects. The prototypical microbiome therapy is faecal microbiota transplant (FMT), which is mainly used for treatment of recurrent Clostridioides difficile infection (rCDI) associated with diarrhoea and pseudomembranous colitis and was first reported in western medicine during the 1950s.   In its simplest form, whereby homogenized fresh faecal material from a healthy donor is administered to the patient, no anaerobic culture or manipulation of the therapeutic product is required; preparation of the faecal suspension in air does not appear to reduce its efficacy.  FMT also appears effective in the treatment of other inflammatory bowel diseases and multiple research groups are engaged in defining the key components of the faecal microbiota responsible for its therapeutic effect.  Such research drives the transition from a poorly characterized faecal microbial consortium to a more defined, stable product, suitable for long term storage and containing rationally selected bacterial strains to target specific pathological conditions.  For such products, the environmental requirements of the required bacterial species become more important during development and manufacture. An anaerobic atmosphere is one such requirement and can contribute significantly to product quality. Thus, DWS anaerobic workstations are now being used in the manipulation of faecal material, microbial consortia and individual strains for the production of novel therapies.  This differs markedly from the use of workstations for conventional bacterial culture, in that heating of the chamber to an incubation temperature is not required and may even be undesirable.

As microbiome-derived products have advanced to the clinical stage, the regulatory requirements guiding their development and application have been defined.  The major medicines regulators classify these therapies as Live Biotherapeutic Products (LBPs) and have codified the quality, safety, and efficacy data required for them. Almost all LBPs emanating from the intestinal microbiota comprise strictly anaerobic bacteria, some of which (e.g. Faecalibacterium prausnitzii, Christensenella minuta) are exquisitely sensitive to trace oxygen levels. DWS has sought to develop a range of anaerobic workstations suitable for use in LBP development within the current regulatory framework.  LBP development begins with isolation, banking and characterization of the potentially therapeutic bacterial strain(s), requiring multiple stages of culture and manipulation before the initial Research Cell Bank (RCB) is obtained. Quality documentation at the RCB stage must include a description of the strain’s origin (material from which the strain was isolated) and its culture / passage history.  It is essential to ensure purity of the bacterial culture and avoid the introduction of contaminants; this can be facilitated by performing anaerobic culture in a workstation equipped with HEPA filtration to remove bacterial and particulate contamination from the incubation atmosphere.

Management of the cell banking system for LBPs is critical, as it contains the active substance of the product itself and may directly affect its quality, safety and efficacy. After comprehensive characterization of the strain(s), the Master Cell Banks (MCB) and Working Cell Banks (WCB) must be prepared from the RCB in a GMP environment.  To enable this process, DWS has developed a range of laminar flow workstations that provide a strictly anaerobic internal atmosphere combined with some of the functions of a pharmaceutical isolator.  These are now starting to be used in GMP compliant operations that require anaerobic processing conditions, including manipulation of cell banks and processing of faecal material to produce standardized donor faeces banks, in the form of either frozen or lyophilized material. 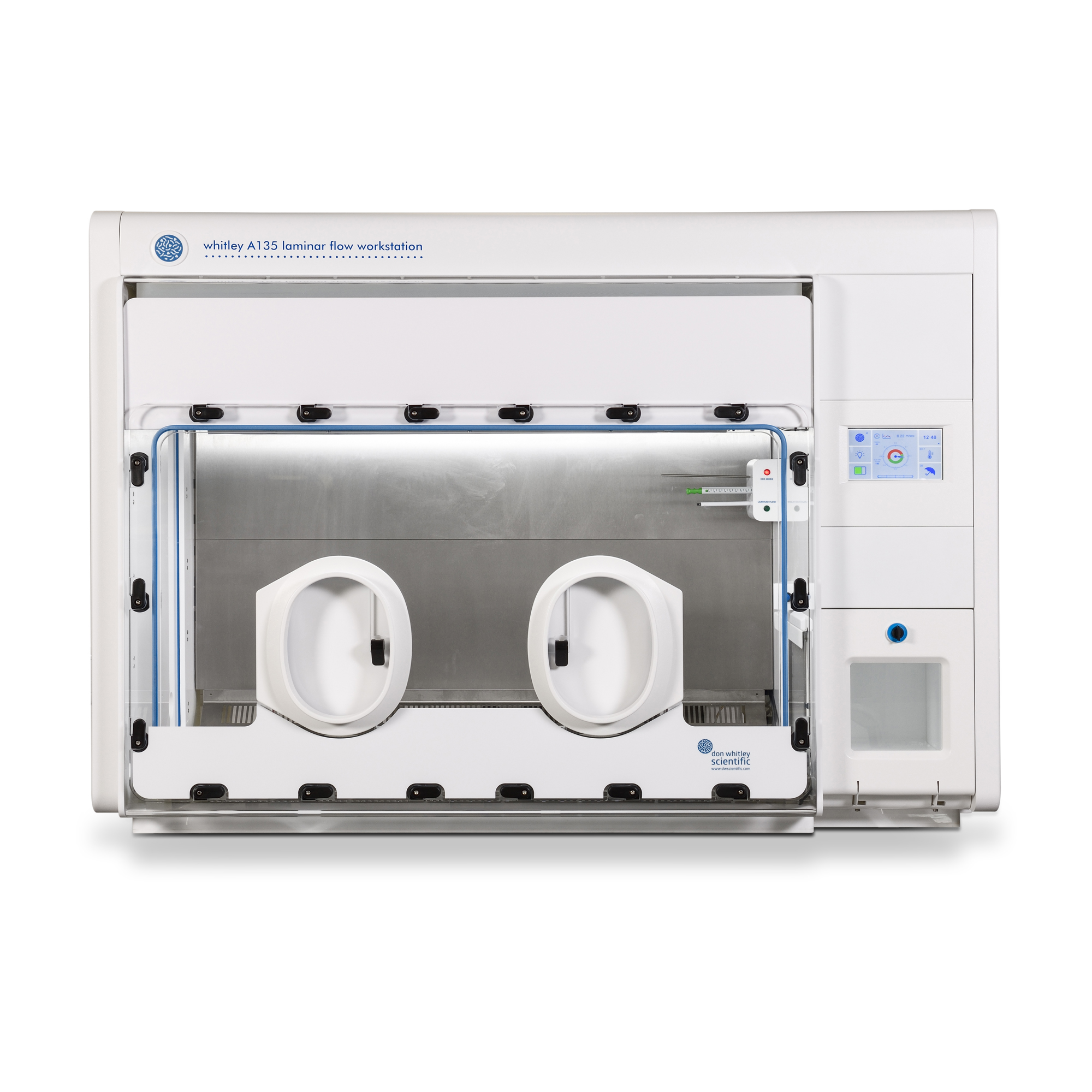 At DWS, development of anaerobic workstations suitable for use in GMP environments was driven by requests from potential customers, initially those involved in setting up donor faeces banks as a source of standardized, readily available FMT material.  However, we have also learned valuable additional information from the microbiologists in our in-house laboratory. In response to the surge in development of LBPs emanating from the intestinal microbiota, they conducted a series of experiments to study the variability in oxygen tolerance among bacteria found in that ecosystem.  Specifically, the oxygen sensitivity of potential pathogens such as Bacteroides, Clostridium and Fusobacterium species was compared with potential therapeutic strains including Roseburia, Alistipes and F. prausnitzii, which are known to be nutritionally fastidious. Results indicated that each of the potentially therapeutic strains was highly intolerant to atmospheric oxygen, even at 0.1% v/v.  This emphasized the importance of strict anaerobic conditions and techniques for culture and manipulation of such strains.  We continue to receive regular enquiries regarding appropriate culture techniques for the more recently cultured gut microbiota species.

In summary, the shift in applications for anaerobic culture apparatus, from clinical diagnostics to biotherapeutics, brings a new set of challenges in addition to maintaining strict anaerobic conditions. In the past, the endpoint of anaerobic bacterial culture was disposal of the bacteria in an autoclave. Now, we are working towards administering cultured bacteria to patients as a therapy in itself.  Culture of anaerobic bacteria has evolved into a pharmaceutical manufacturing process, necessitating translation and scale-up of processes from the research lab to the manufacturing facility.